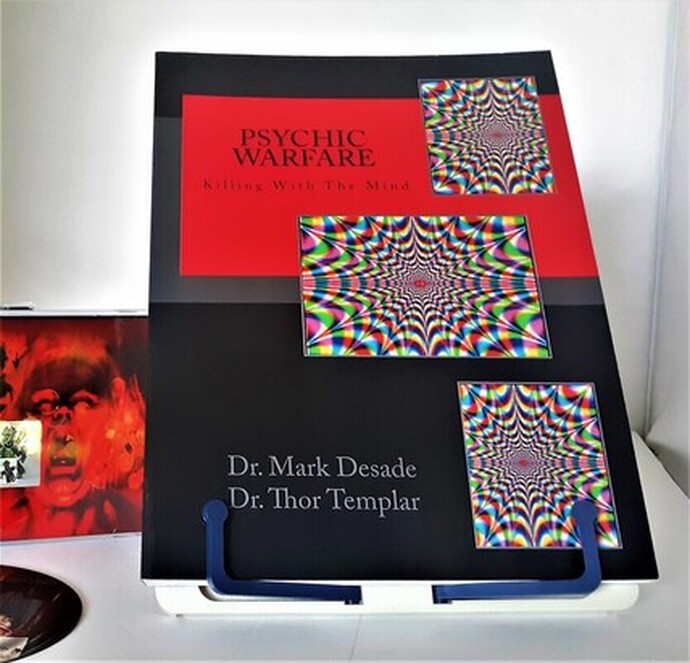 The Sigils in this book cause huge activation of consciousness centers to make you a Mental Killing Machine! View them while performing psychic warfare techniques and watch the amazing results. For too long injustice has ruled. NO LONGER, it is time to use Psychic Warfare to restore the balance. Courts and Police have failed and actually have become criminal organizations. Each person needs to take their power back and create justice in their life and the world.This book is filled with rare techniques few know about. But, it is not the techniques that makes the system so powerful. It is the awesome Sigils that create massive destructive energy fields you channel toward the evil person.

The book includes Sigils for:
This is the only book of its kind ever produced. It is personally activated to you and only you can access the awesome power it holds. This Talismanic text connects you to realms of awesome destruction few others even know about. No one should be without this text. Psychic protection and attack methods are revealed to give you the most effective and safe methods ever offered.

Cutting Edge Psi Warfare facts and technologies are talked about in this super rare lecture combined with a Double Super Sigil for Justice & Retribution for each audio. Three hours of must have facts about Justice & Retribution, including many methods to increase the effectiveness by 100%! This is a complete set on three CD's. Find out what works from years of careful research.

​Audio Amulets are easy to use. You simply place your target photo/name into the Tool. It is just that simple to start getting the Justice your desire against evil in this world! Learn about the latest developments in Psi Warfare. You will learn about this SHOCKING area of occult science no one else reveals. This tool is a must have for any serious Manifestation Scientist working for the ultimate good of the world.