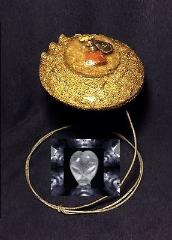 There is no doubt that extreme abilities and alien contact are linked together in many cases. Magic and the religions of the world all have strong links to extraterrestrials. Throughout history and in all sacred texts there seems to be references to special beings and spacecrafts. In recent years the proof of alien life has been revealed. Generals, Politicians, Government Officials, Scientists, NASA employees and ten of thousands of common people have had actual contact or seen aliens or alien crafts. Only the dumbest, lowest mental midgets do not believe in aliens coming to and interacting with earth beings. There is overwhelming documented proof.

Contactees and powerful occultists like Uri Geller, The PK Man and hundreds of others with abilities all claim to have had contact with aliens. Most contactees claim abilities they never had until after being contacted. It appears this happens naturally with contactees as they need an open third eye to receive thought-transmissions. Many claim healing abilities after contact. Many claim that their abilities were produced through psychic/mental contacts with ETs.